What Are The Changes To The PPE Directive 2016?

The PPE Directive was one of the New Approach Directive and is now over 20 years old. In order to reflect current technologies and processes, it is in the process of being superseded by a new PPE Regulation (EU) 2016/425.

The regulation comes into force in April 2018. EC Type Certificates to the old PPE Directive can still be issued for a further 12 months after this date.

The PPE Regulation is mandatory – covering any type of product that falls within its scope. If you are in the PPE industry, it is a legal requirement to comply.

The history of PPE standards in Europe:

The PPE Directive was first adopted by the European Council on 21st December 1989. It was implemented into UK law as Personal Protective Equipment (EC Directive) Regulations 1992. These Regulations were made on 10th December 1992 and came into effect on 1st January 1993.

Prior to European EN (European Norm) specifications and CE marking, individual states produced standards for PPE. As the need for standardisation grew across Europe, EN standards started to be written.

These standards are known as Harmonised Standards and are listed in a document called the Official Journal which is available online at: www.eur-lex.europa.eu

If a product meets a standard listed in the OJ, it meets the Essential Health and Safety Requirements of the Directive. Innovative products where no standard exist can be certified to the PPE Directive through the technical specification route.

European standards have a high status globally in setting performance levels, and are used in many countries who do not have their own product standards.

Why is the PPE directive changing?

The PPE Directive was one of the first New Approach Directives and is now
over 20 years old. PPE need to be update in order to keep up with current technology and processes for development. As well as reflecting new technology, the new Regulation has been shaped to enhance consumer safety and ensure fair competition between companies.

It is also important to bring it in line with other Directives that have undergone a revision in recent years. The changes also mean that the old Directive will now be re-implemented as a Regulation rather than remain in its current status. This means that the new Regulation will not have to be transposed into each Member State’s national law.

There are a number of changes that are being proposed taking place including:

• Issuing a Declaration of Conformity with each PPE or at least a link to where it can be obtained
• A compulsory maximum five-year certificate validity
• Responsibilities outlined for importers and distributors
• Bespoke PPE covered in the Regulation. 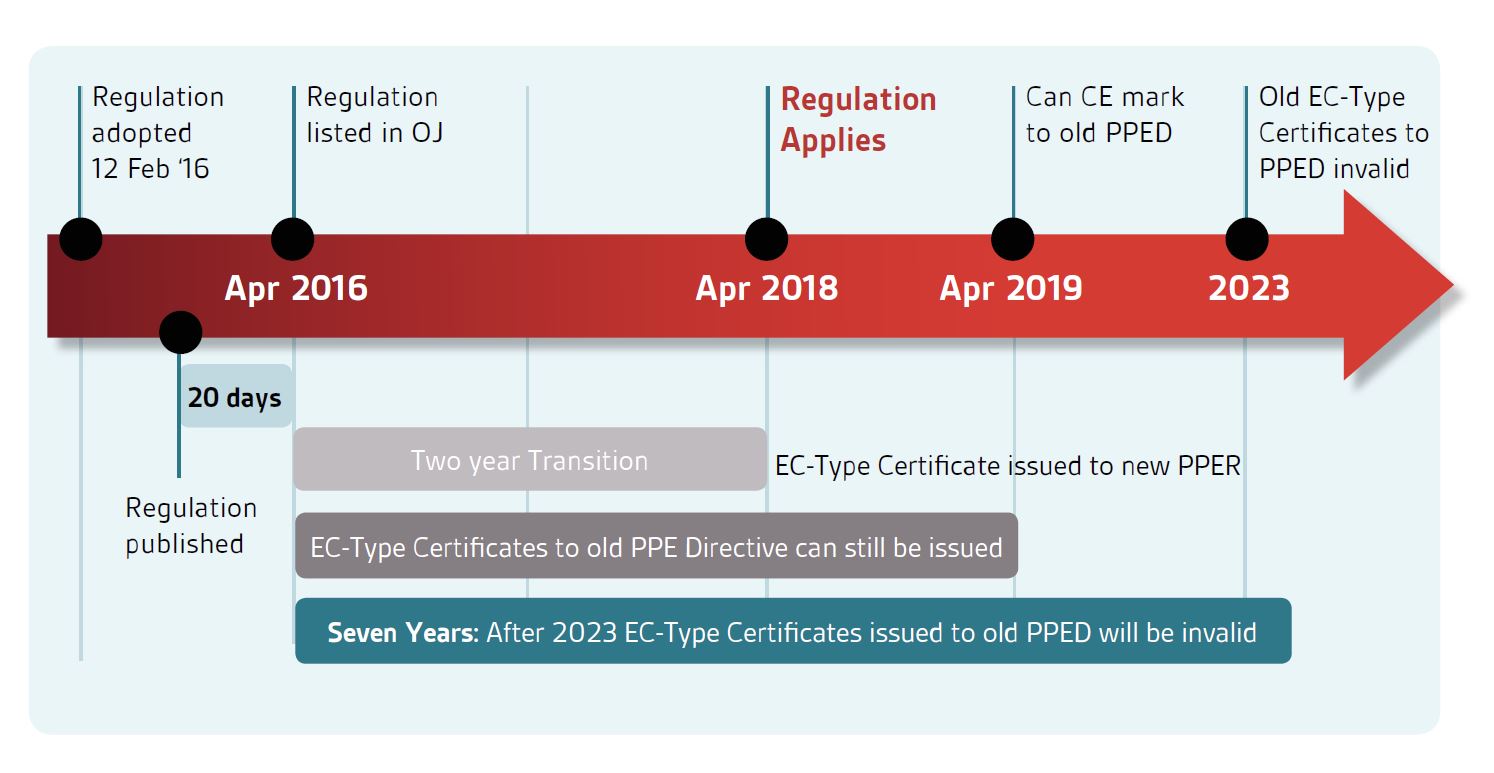 For technical advice and free samples see our website

Source of this information: BSIgroup for more information see their whitepaper