Asbestos – 8 Facts You Should Know ! Some of these will shock you. 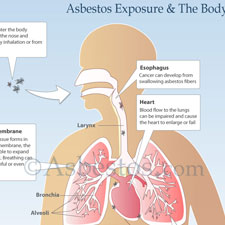 Here are 8 asbestos-related facts that may surprise you:

Asbestos is clearly an extremely dangerous substance that requires expert training for those who are likely to be exposed to it. For more information on asbestos removal, mesothelioma and treatment, visit http://www.asbestos.com